He is not a crusader with a cause
Nor is he debunking divinity. He is a renovator of religions
Who envisions to redefine and reshape religions, struck in the turn of time 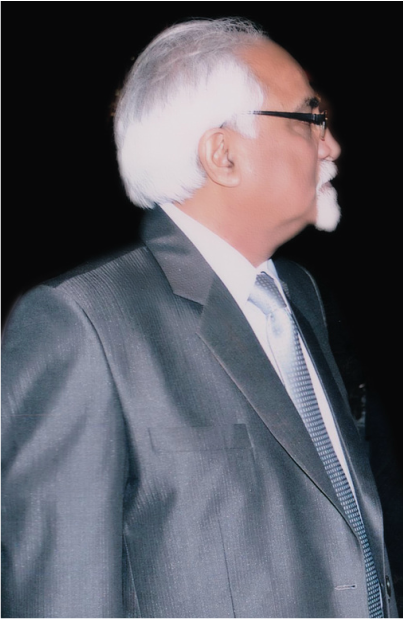 A MAN ON A SPIRITUAL JOURNEY

Author of the website, Suresh Kumar Soni is a common man, he was born in Delhi, on 26 July 1950. His family belongs to a warrior clan, his parents migrated to Delhi, from the invader infested, conflict ridden, war frontiers of north India, his ancestors did not submit or convert to aggressor’s religion or homemade religions. They followed the Vedic philosophy, a way of life, and not a religion. So quite often, his elders bragged themselves as ‘Religionless’ lightheartedly in public.

Going back in antiquity, his Gotra, the family roots, reveal that his forefathers are the direct descendants of Kapil Muni, who lived in India, around the sixth or seventh century BCE, preceding Buddha by several generations. He was a great philosopher and authored Sankhya Darshan, art of meditation. He did not deny the existence of God, yet asserted that no argument can establish God’s existence, he held Purusha (Spirit) and Prakriti (Matter) responsible for creation. He did not accept God, as the creator of the universe. Kapil and Buddha shared many similarities. Some Buddhists texts claim Buddha was Kapil Muni in his previous life. As such, the author is bound by the bond of blood, to follow his family tradition, and fine-tune, the philosophy of his ancestors, in context with contemporary relevance.

The author is a truth-seeker, leading a retired life, he dabbles in philosophy and envisions a world without religions. Heis receptive to idealism and pacifism, and claims to have read, the 'Holy Books’ of all major religions in the world. He is disillusioned by assumptions and abstractions in religions, and feels all religions have overstepped their limits and have lost their original message, and have created divisions in the world. Since religions have failed to keep pace with time, he treats all religions, as remnant of a redundant age. But accepts the religious idiom of God, Allah and Ishwar, as a signet of cosmic consciousness, full of subtleties, reason knows nothing of, a source both of affection and rejection.

Seeing that people are sedated by religion, he feels religious reforms are imperative for world peace, freedom, equality, and tolerance. By considering ‘Spirituality’ a mirror of truth, and ‘Religion' a distortion of reality, he assumes to break new ground, by replacing old religions with ‘Satyadharma’ the epicenter of spiritual values. The soul of all religions, the core of a creed-less creed of 21st century that promotes the message of oneness in diversity, the eternal law of nature.